DLT (DigitalLinearTape, digital linear tape) technology was first developed by DEC in 1985, mainly used in VAX minicomputer system, and then purchased by Quantum. DLT records data in a longitudinal curve recording method. It has the characteristics of large capacity and high speed. It uses a single-axis 1 / 2-inch tape magazine and is mainly used in medium and high-end database storage and tape libraries. The native capacity of DLT tape drive is 10GB ï½ž 40GB, and the uncompressed data transmission rate is 1.25MB / s ï½ž 6MB / s. In order to improve the performance of DLT tape drives, Quantum introduced the SuperDLT (SDLT) format in 2001, which was launched on the basis of DLT technology combined with a new tape recording technology. Although SuperDLT has made a lot of improvements to DLT tape, it can still read DLT tape, and retain a considerable amount of DLT4000,

DLT7000, DLT8000 and DLT1 series drives and millions of DLTIV data cassette tape drives provide good backward read compatibility and protect users' investment in existing DLT media. The native capacity of SuperDLT's first-generation product SDLT220 is 110GB, which is nearly three times that of DLT tape series products, and its transfer rate is 11MB / s (uncompressed), which is twice that of DLT. In July 2002, the SDLT320 tape product was also introduced. It increased the capacity of each tape to 160GB and the transfer rate reached 16MB / s (uncompressed). SuperDLT tape drive has been widely supported by mainstream system OEMs after its introduction, and is considered to be a high-performance tape drive with development potential.

LTO (LinearTapeOpen, Linear Tape Open Protocol) is a tape technology jointly developed by HP, IBM and Seagate in 1997 and invested millions of dollars. According to the original plan, LTO has two formats, namely Ultrium and Accelis. The Ultrium format has been launched so far. It uses a single-axis 1 / 2-inch tape, and its first-generation product has a maximum capacity of 100GB and a transmission rate of 15MB / s. To ensure the interchangeability of the Ultrium format, an independent third-party organization, LTO Compliance Verification Entity (Compliance VerificationEntity, CVE), conducts compatibility tests on products that conform to the format every year to ensure that these products comply with the Ultrium format Specifications, and the interchangeability of data between products from various manufacturers and each generation of products.

DAT (DigitalAudioTape, digital audio tape) technology was originally jointly developed by HP and Sony. Based on the spiral scanning technology, the data was converted into digital and then stored. The early DAT technology was mainly used to record sounds. With the continuous improvement of technology, DAT was used in the field of data storage, involving all server platforms, from PC servers to Unix servers, providing a flexible environment for enterprise environments. Storage solution. DAT technology has been developed from DDS-1 to DDS-4. The current storage capacity is up to 40GB, and the time to search all tapes is less than 1 minute. However, due to the lack of optimism about DDS-5 under DAT technology, Sony has announced that it will stop there and quit the development of DDS-5 and develop a tape drive in AIT format. However, the DDS market is still a huge market, and DAT tape is still active in the tape market with its unique characteristics.

AIT (AdvancedIntelligentTape, advanced intelligent tape) is Sony's proprietary technology. The technology leads with high reliability, fast data transfer rate, and longest head and tape life. AIT tape uses a lot of cutting-edge technology. At present, the capacity of AIT-3 tape is 100GB. If a data compression ratio of 2.6: 1 is used, the capacity will reach 260GB and the transmission rate will be 12MB / s. From AIT-1 to AIT-6, Sony is committed to backward compatibility so that AIT users can upgrade AIT products as needed. 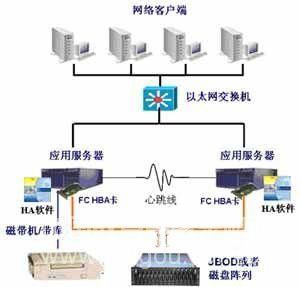